Tilman Tarach: »The eternal scapegoat« –
How Israel is attacked instead of European modernism


The »leftist« solidarity with the »national movement« of the »Palestinians«, which never made a secret of its pan-Islamic origins is a political grotesque, which in previous decades sometimes was satirized (for example by Henryk M. Broder). Tarach’s Philippic against the collaboration of the »so-called left« – the author zeros in on the (West-) German »New Left« and their heirs – with a far right anti-Semitic Islamic however doesn’t fit gapless into a »neo-conservative« dialogue. It is not his point of view to depict any (radical) Left as innately liberticidal and latent anti-Semitic. Tarach’s book rather refl ects the authors suffering from the betrayal of a self-proclaimed Left on the mandatory programmatically premises of an humanist universalism of the original (European) Left: on the right for radical critique of religion (which institutionally is guaranteed only in the case of the replacement of a grand religion from the sphere of politics) as well as on the telos of self-organization of free individuals beyond ethnically forced collectives.

Within the first six chapters (of 17) Tarach shows quite plainly, what historical and political traditions the »Palestinian people«, much courted by the »international community« are committed to: Using the example of the pogrom of 1929 (which chapter 1 deals with), the absurd claim that the Arab nationalism had manifested as a basically secular anti-colonial movement against »Zionist colonization« is unveiled. Actually the victims of that mass murder were members of the Hebron Jewish community, which existed there throughout ancient times, reinforced by several of non-Zionist waves of immigration, who were opposed to the Zionist effort of constituting a Jewish state within the then British mandated territory. The pogrom of Hebron among others was preceded by the massacre of Jews in Jerusalem in 1920. Also this extreme act of violence by Arab pogromists had taken place under the protection of the British mandate rule. As little as the anti-Jewish atrocities in the inter-war period Palestine in any way had an »anti-imperialist« character – they were not aimed to an elimination of the British colonial power – so much the more the genuinely theocratic »legitimacy« of the murdering of Jews was manifested:

»The massacres of 1929 were under Muslim slogans such as »The Law of Muhammad will be enforced with the sword«, »Palestine is our land, and the Jews are our dogs« and »We are well armed and we will kill you with the sword.« Many Arab policemen joined – as Grodzinsky reports again – the wild Arab mob, who laughed, threw stones‘ and burnt synagogues down«, while the British mandate power, dominating the region since the end of World War I, protected the Jews just as poorly as in previous years and thereafter.« (p. 10)

On the calls for the murder of Jewish civilians a figurehead of the pan-Islamism was upfront: Muhammad Hajj Amin el-Husseini, who the British vested with a title of a grand mufti of Jerusalem, right after he had been sentenced to ten years in prison because of his involvement in the massacre in Jerusalem, but then however in September 1920 had been pardoned. Later Amin el-Husseini, to whose legacy Yasser Arafat confessed until his death (2004), collaborated with Hitler‘s Germany and actively participated in the crimes of the German Nazis and their allies against Jews and Serbs. Even the Muslims of the USSR, he called to support Nazi Germany. (The collaboration of Hitler »SS Muftis« Tarach treated in chapter 3-6.)

The Grand Mufti of Jerusalem up to date may be considered as »successful« – promoter of the »Protocols of the Elders of Zion« in the Arab world. This fake (tracing back to Tsarist ‘Black Hundreds’) (which Tarach details in Chapter 8), has the character of a Jewish self-accusation on which basis the entire political left is identified as a part of the Jewish conspiracy: »Above all, liberalism, but also science, European Enlightenment and Communism appear as Jewish concoction, in essence, brought into the world by our Zionist lodges ‚(9th protocol), and this solely for the purpose to undermine the God-given sovereignty of the Czar, so that the traditional order seems to be the lesser of two evils [...]« (p. 112).

Despite of such an – obviously prebourgeois rightwing polemic – identification of Jews with the (cultural) modernity, the »Protocols« were advertised as authentic, not only by Hitler and his Islamic collaborators, but also by »progressive« and »secular« Arab movements and states (such as the Fatah or the Egypt of the pan-Arab Nasser).

The author disapproves the idea of a broadly similar identity of Israeli and American interests. He faces up to with both the paranoid anti-Semitic version of this axiom (»Zionist control of the US«, »USrael«), as well as the hostility against Israel as an »outpost« of the United States in the Middle East. Here he fells »anti-imperialist« stylites like Israeli Uri Avnery or American Noam Chomsky: in 1999, it was not the government of Netanyahu / Sharon, promoting in Israel appreciation for the bombing of Yugoslavia, but the »peace activist« Avnery. And Chomsky, »almost exclusively paid by the Pentagon«, just had told that part of the establishment of his country what they want to hear from him, which (not at least politically Islam motivated) are interested to maintain the »scapegoat« function of the Jewish Republic, the »anti-imperialist« resentment may rage itself out in a political correct way.

When the major part of the German »New Left« from 1967 to crack down on Israel‘s supposedly »aggressive« security policies turned (only a few years after the SDS had demonstrated for the establishment of diplomatic relations with the Federal Republic of Germany with the Jewish Republic), so Tarach refers this not at least to an »immortal love« of the so called Left to »Losers« (p.281): The only liberal constitutional state in the Middle East in the view of the »Left« at that time was considered as an aggressor (only) when it proved able to defend itself against the mortal enmity of its neighbors. Another reason for »leftist« anti-Zionism, to the author is the anti-Israel stance of the USSR (which once welcomed the founding of the Israeli Republic and supplied it with weapons during the Independence War in 1948-49, but however, since the 1950s was unilaterally supported the Arab party). This certainly applies to the pro-Soviet part of the West German »Left«, and the finding applies mutatis mutandis of an external influence on policy positions towards Israel of a »radical left«, also in the reception of the anti-Israel polemics of the Peoples Republic of China within the Maoist spectrum of West Germany, which Tarach does not mention in particular.

Tarach concludes the last (17th) Chapter with an apt polemic against that segment of the German »Left«, which like no other in the years 1998-2005 dominated the governmental, not least the foreign policy of our republic:»In the environmental niche of a »Palestine Solidarity« a blood-and-soil-»Left« gained a foothold (represented for instance by the consistent anti-Zionist Sponti-rag »Pflasterstrand« (lit. »pavement beach«), which also betrayed the values of Enlightenment in other issues, perhaps most fundamental by an anti-science approach.

Who under Hitler’s rule would have been denunciator or KZ-guard, was now in favor of the clamor »Jews out of Palestine« (barely hidden behind antiimperialist phrases). [...] And the same phoney and floppy pseudo-left, which in the early 80s out of sheer ‘anti-imperialism’ defended during the Falkland-War the Argentine Samba-fascism against England, now supports the Palestinian Hookahs-fascism against Israel.« (p. 284 f.)

The reading of Tarach’s book is recommended to everyone who is interested in a compact introduction to the motivation of a pseudo-leftist »Israel critique«, which anti-modernist, anti-Western heart the author reveals unsparingly. In the partisanship of not only »left« enemies of Israel in favor of Islamic »freedom fighters«, which – anything but only in »Palestine« – offer the »own« youth no other prospects of social organization as the preparation for suicide bombings, it is not just an mistaken view on any international conflict, but an open commitment to barbarism. 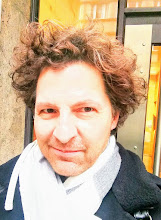